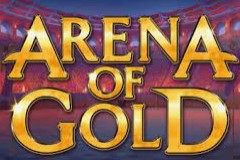 If you enjoy ancient Rome, look no further than Arena Of Gold on your favorite online slot platform. As you look for a lucrative payoff, you can go head-to-head with some of the scariest warriors in an epic Roman amphitheater. It’s one of the most visually stunning slots on the market for this style.

Microgaming’s 5 Reels, 3 Rows slot is jam-packed with prizes and free spins. With 25 pay lines, you’ll get a lot of bang for your buck, particularly since the top prize is a whopping 2500x your stake.

How to Play Arena of Gold

When you load this game, there are four buttons other than the spin. From the top up, you have setups (for volumes and Fast Spin), a menu (for games and paytables), autoplay (for ten to 100 auto-spins without your intervention), and stacks of coins that connects you to the bet adjuster.

Aside from the regular symbols, the Scatter will appear on the first, third, and fifth reels, paying from any position and not substituting for the Wild. Aside from the Scatter and Coin, the Emperor is the Wild, and he can help fill a line by substituting for some other symbol. When three or more symbols show up in a row from left to right along a pay line, you win. Scatters and Coins, respectively, can trigger Free Spins and Golden Respins.

Arena of Gold can be played and enjoyed on any computer, just like any other Microgaming-branded video slot. It doesn’t matter whether you play on your smartphone (Android or iOS), tablet, or desktop computer. We can assure you that it will run smoothly and without the need for any additional configuration. You can play up to 100 rounds at once with the game’s autoplay feature, as well as a clutter-free user interface where you can change your bet number and check your credits. 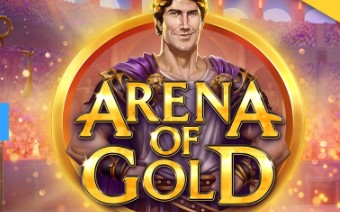 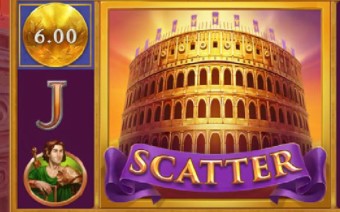 Play Arena of Gold Slot on this Casino

Bonus Features in Arena of Gold

This journey to the ancient world includes a couple of cutting-edge bonus features. Free spins with colossal symbols and a streak re-spin bonus, which can also provide a large jackpot bonus, are among the extras available in the Arena of Gold slot.

When the scatter symbol comes on the first, third, and fifth reels in the same spin, the Free Spins feature is enabled. You’ll get five free spins as a reward. These take place on a modified series of reels with colossal symbols dominating. A single 33-block combination will

These blocks can land partially or completely. Look for similar symbols on reels 1 and 5 if you land one in full. A re-trigger is activated when three scatters appear on the same spin. Three more free spins will be added to your account.

This is a classic re-spin round with a streak. You must land six or more gold coin symbols anywhere on the same spin to unlock it. This can occur in either the base game or the free spins round. Three re-spins accompany the holding of the coins. The reels on these spins are completely made up of blank or coin symbols.

If you land a coin, it will be kept as well. The number of re-spins is set to three by default. The round continues until you have three consecutive re-spins with no new coins landing, or you have filled the entire screen with coins.

All of the gold coin symbols have a cash value. – one pays out a stake prize ranging from 1 to 100 times your total bet. During the re-spins, the 30x and 100x awards appear as Mini and Mega coins. When your spins are over, the total value of all the coins is added up to determine the final payout.

If you are able to fill all 15 reel positions with coins, you will be rewarded with a much larger bonus. You’ll win the Maxi Jackpot prize, which is worth 1,000 times your stake, in addition to the total value of the coins.

The graphics in this game look like they’re from a film or a comic book, and the music is also very adventurous. This gladiatorial battle is not the bloody bloodshed of Ancient Rome but rather a celebration of the exciting entertainment it provided to its people. A blue sky frames a sandy arena with packed stands and hanging pennants. You’ll need to locate the Scatter symbol if you want to see the colossal arena from the outside.

Many proud gladiators stand on the reels themselves, each with their own robe color and weapon of choice (including spear, sword, and trident). They seem to be enjoying their work rather than being forced to fight.

The classic royals A J, Q, and K, are the low-value items in Arena of Gold, so remember this every time you start. The developer preferred four gladiators with threatening arms and armors to represent the high-paying symbols. Since these characters are surrounded by copper, bronze, silver, or gold in ascending order, they can easily distinguish from one another.

The Wild Symbol is the Roman Emperor, which can replace any symbol and increase your odds of forming winning combinations. And, if you’re lucky, you’ll get some scatter symbols in the form of a golden Coliseum during your spins.

There’s no progressive jackpot in this slot. The RTP is also in the medium range of 96.2 percent. It’s not the best, but it’s not the worst either. Stakes begin at 10p per spin, making it a good value-for-money choice for casual players. High rollers will increase this to up to £50 per spin.

We’ve enjoyed many of the ancient Rome-themed slots. Most of them compare favorably to Arena of Gold. The graphics are impressively clean and crisp, but we wish there were a few more features to choose from. Even that doesn’t mean it’s a boring game. Indeed, the medium variance and stacked wilds result in regular wins that keep you engaged. To make a playable slot, you don’t always need a lot of creativity. Microgaming has nailed the basics and produced a fantastic all-rounder. Overall, this slot offers a friendly online gaming experience; a visit to the Arena of Gold is highly recommended if you enjoy slots with a classical period theme.