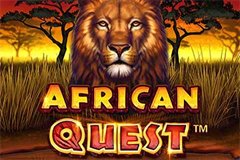 Microgaming’s African Quest slot is a five-reel, 1,024-way game that takes you on a personal safari to Africa, where big animals hold power. You can start playing with 10p per spin to £15 per spin on all screens. It has a feature called Paid Respins, which allows you to respin a reel as many times as you want for a cost. There’s a feature called the Free Spin feature where you can choose between getting more free spins or getting bigger wild multipliers, adding up to 64x!

The game’s art style is distinctive, and the theme is interesting, as there haven’t been many new African animal-themed slots released recently.

Overall, Microgaming and Triple Edge Studios have built a visually appealing slot that will keep you amused as you spin the reels.

How To Play African Quest Slot

Microgaming’s African Quest online slot has 1024 winning ways, something we haven’t seen in a while in online slots. Nowadays, Megaways slots are the trend, so it’s exciting to see an older format used in a new edition.

You can bet anywhere from.10 to 15 coins per spin. You can use the autoplay feature for up to 100 spins, and there is also a turbo button to speed up the game. 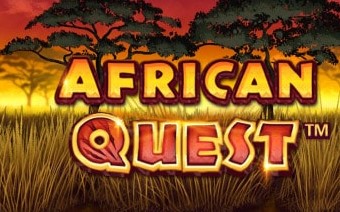 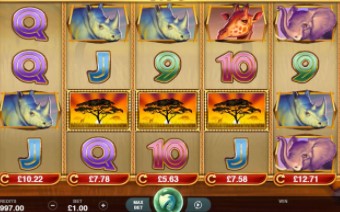 African Quest is a Hyperspins slot, which means the Paid Respins feature can be triggered after any base game spin. A reel can be respin as many times as you want in order to form a winning combination; the cost is shown before the respin begins.

Wild symbols in African Quest can be substituted for all other symbols except Scatters. These Wilds can only appear on the second, third, and fourth reels.

Scatter symbols appear in this video slot and award a fixed payout when three or more appear. Also, they trigger the Free Spins bonus round.

Scatter symbols will appear anywhere on the reels and award wins that are multiplied by the total bet.

Our ultimate goal as players while playing African Quest is to enable the Free Spins bonus and hopefully land a series of big wins.

Whatever option you select, keep in mind that when two or more Wild Multipliers appear, they stack. This essentially means that when multiple Wilds appear during the most volatile free spins mode, you will obtain up to a 64x multiplier. When two or more Scatters occur during the feature, additional Free Spins are awarded.

African Quest is a visually beautiful slot game that takes advantage of the natural beauty of the African landscape and the continent’s magnificent large mammals. A beautiful scene of a wide-open savannah at sunset serves as the reels’ backdrop.With some green grass in the foreground, the trees are silhouetted against an orange and yellow background. In addition, you should be able to see a single giraffe gracefully strolling across the savannah.

The sounds of this game immediately transport you to a relaxed safari. The musical score consists of soft drumming, pipes, and animal sounds, with additional sound effects providing narration to the game.

The sunset tree is the wild sign, appearing only on the middle three reels and replacing all symbols except the scatters. Since this slot has 1,024 ways to win, you can create winning combinations by matching symbols on successive reels, starting with the leftmost reel (i.e., reel 1).