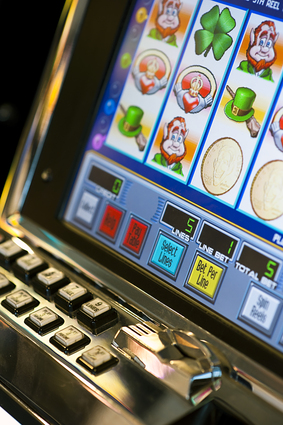 Slot machines are very popular in casinos. A lot of people enjoy playing this game even though they might not have a full understanding of the game or have a lot of misunderstanding about the game and how they work. People who have adequate knowledge and are in the gambling industry may take advantage of this type of people. When you get to know about the various facts of the game, it becomes very hard for people to exploit you. Some of the facts that may be useful to a large number of people include:

Traditionally slotting machines were mechanical-coin slot, but they were still random in nature. Modern slot machines use a computer which generates random number and this determines the outcome of the game. The random nature of this game can be compared to roulette wheel, a pair of dice or a deck of cards. There are some myths concerning slot machines, but some of the truth concerning its ability to produce a random number include; they are not cyclical bases ,the slot jackpots don’t become due, slot don’t get cold or hot, there is no way you can predict the outcome of a slot machine.

This is a common fact which applies to all casino games. Casinos usually get their edge by use of math’s and a large number base. Every bet one placed, a casino will offer a lower payout than the required actual odds of winning

The reel is the image which is spun in front of the machine. It usually has multiple symbols and when you actually line up, certain symbols you Win. The lesser the chance of aligning a particular set of symbols the higher the payout. Traditionally reels were large metal hoop, but currently slots machines are powered by computers. Even in the cases of the slot machine which uses actual reels, the outcome will be determined by random numbers

When the reel stops on a particular symbol or even a blank space between these symbols, this is referred to as natural stop. On early slot machines, each symbol had an equal chance of appearing, but currently the computers are running these games and the odds can be convoluted. You can have a cherry which on a reel will come up on an average of once per 50 spins while an orange might come like 5 spins in the 50 spins.

The more stops you will have on a reel, the easier it will be to offer large jackpots e.g., a game with 10 stops on each reel with an equal chance of landing on each stop means your chances of winning a particular combination are 1/10*1/10*1/10. This implies that if you have a payout which is larger than 1000 units, you are losing money on the game.

If you had a slot machine with 10 symbols, but only one of these symbols is special and only comes up once in every 100 spins. The odds of actually getting 3 of that symbol are 1/1000000. You can offer a payout of $1 million for that given combination and you will still break even over the long run. Player and casino love this kind of action.

Modern slot machines have been designed with par sheet which specifies the weight of all individual stops on the real, this includes even the blank. These sheets make odds of the house for a slot machine known. Gambling companies usually keep this sheet under wraps. Even the cleverest player never has an idea of the odds the house edge or even what is the percentage of payback

Payback percentage is a prediction of the amount of money the machine will ‘pay back ‘over infinite numbers of spins. In the case of machine which has been programmed to have a 97% payback, over enough number of spins ,the average outcome is close to winning $3 out of every $ 100 into the machine.